A couple of hundred years ago, Benjamin Franklin shared with the world the secret of his success. "Never leave that till tomorrow, which you can do today." This is the man who discovered electricity. You think more people would listen to what he had to say. I don't know why we put things off, but if I had to guess, I'd have to say it has a lot to do with fear. Fear of failure, fear of rejection, sometimes the fear is just of making a decision, because what if you're wrong? What if you're making a mistake you can't undo?
The early bird catches the worm.
A stitch in time saves nine.
He who hesitates is lost.
We can't pretend we hadn't been told. We've all heard the proverbs, heard the philosophers, heard our grandparents warning us about wasted time, heard the damn poets urging us to seize the day. Still sometimes we have to see for ourselves. We have to make our own mistakes. We have to learn our own lessons. We have to sweep today's possibility under tomorrow's rug until we can't anymore. Until we finally understand for ourselves what Benjamin Franklin really meant.
That knowing is better than wondering, that waking is better than sleeping, and even the biggest failure, even the worst, beat the hell out of never trying.
grey
! Great song - Schiller -Always you 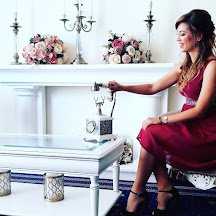